Your donation will go to Make-A-Wish Ohio, Kentucky & Indiana to help make wishes for children like 4-year-old Adrianna come true. With your help we can grant Adrianna, from Medina, with her wish to go to Aulani, a Walt Disney World® Resort in Hawaii.

Adrianna loves Disney! She also loves the sunshine and being with her family. Adrianna is battling a rare neurodegenerative disorder. Despite these challenges, Adrianna is an optimistic kid!

When wish-granting volunteers met with Adrianna, she knew exactly what she wanted to wish for: to go to Aulani, a Disney® Resort. For a child like Adrianna with a critical illness, going to Aulani means so much more than just a vacation. This experience will give her and her family the opportunity to escape from her difficult medical routines.

For a wish child, it also means going on a once-in-a-lifetime adventure only Make-A-Wish© can provide. Thank you for making wishes like Adrianna’s come true! 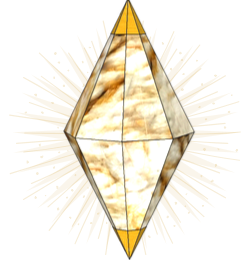 All sponsor recognition based on response by Nov. 30, 2019

Thank You To Our Sponsors

Be the first to know about events, classes, new products, and promotions